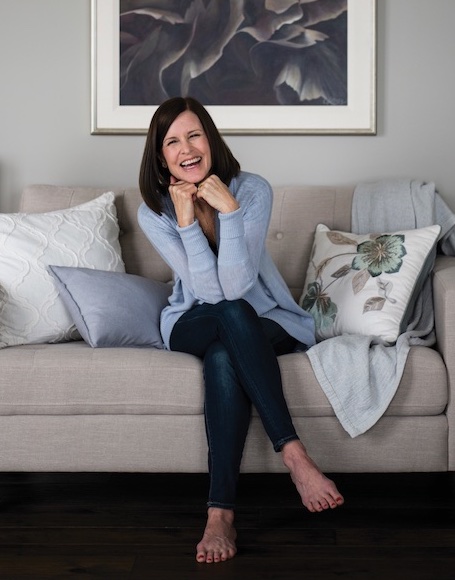 “I am passionate about capturing the beauty of nature expressed through the magnificence of flowers.” -Laurie Koss

Laurie Koss was born and raised in Vancouver, B.C., where she developed a love and appreciation for art from her mother, Mary Eagle, an artist represented by Tutt Street Gallery in the 1980’s. During that same time-period, Laurie was studying commercial art and photography at North Vancouver’s Capilano College where she discovered a love of tertiary and quaternary colours – something she credits as a significant influence in her current work.

Continuing her education at the University of British Columbia, Laurie developed an interest in acrylic painting and macro photography. During a senior photography course, instructor and graphic artist, Bob Steele, introduced her to the necessity of relying on the elements and principles of design to create a successful and beautiful black and white photograph. It is this same idea Laurie has explored throughout her career: “Is a flower still beautiful without its colour?”

Laurie now lives in Kelowna, B.C. with her husband, Mike, where she spends most afternoons painting. Both her neutral-toned and full-colour acrylic paintings – inspired by her own photography – are an intense and intimate study of natural form, light, contrast, balance, and movement. When she is not in her studio, overlooking Okanagan Lake, Laurie enjoys hiking, gardening, cycling, skiing, and spending time with her grown children and their spouses.

Laurie has achieved several successes throughout her career including: painting two pansies for Canada Post’s Flower Series stamps; designing and painting a $20 collector’s coin for the Royal Canadian Mint; being a two-time finalist for the civic award, Honour in the Arts; winning the Okanagan Arts Council’s award, Excellence in the Visual Arts; and being juried into the Federation of Canadian Artists as a senior member (SFCA).

In 2017, Laurie had her first solo show, Pansy, inspired by her work for Canada Post. Each spring, Laurie sells limited edition prints of one of her pansy paintings and donates 100% of the proceeds to a worthy charity. Laurie has been represented by various galleries throughout B.C. and Alberta during her career and is now exclusively represented by Tutt Street Gallery in Kelowna, B.C.