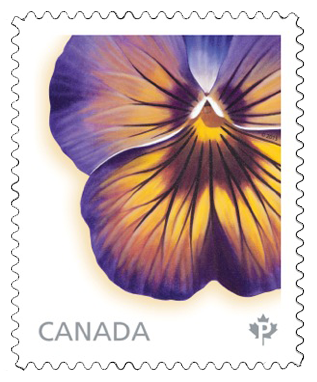 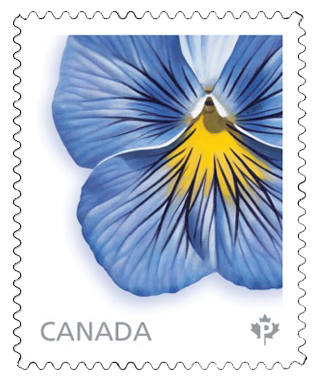 “In early January, 2014, I received an email from a stamp design manager at Canada Post who mentioned that he had found my website and was impressed by my art. He said Canada Post had chosen pansies as the subject for the 2015 Flower Series Stamps and he was convinced my approach to flower representation would very well suit the project. After taking hundreds of photos of many beautiful pansies, I finally narrowed it down to two: the Midnight Glow icicle pansy and the Delta Premium Pure Light Blue pansy. I produced the paintings by May and found out in June that my work had been selected. I signed a confidentiality agreement and was not allowed to divulge any details of the project until February 2015. The stamps were released March 2, 2105 at Hambleton Galleries in Kelowna, BC. It was a thrilling day for me, and for my family and friends.” 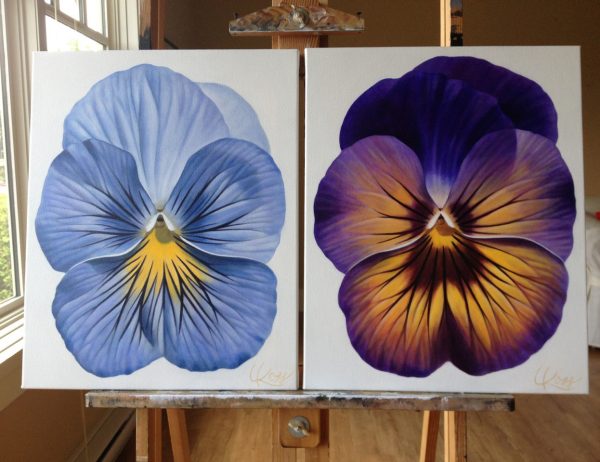 Original paintings in Laurie’s Kelowna studio, waiting to be shipped to Canada Post 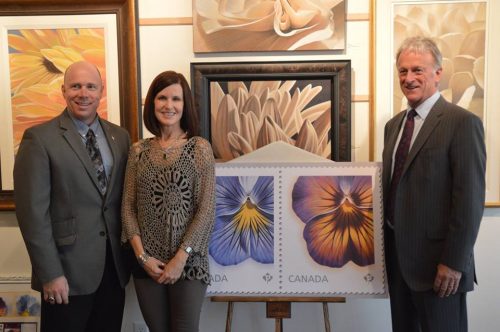 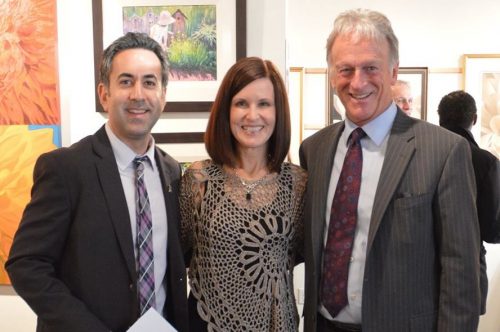 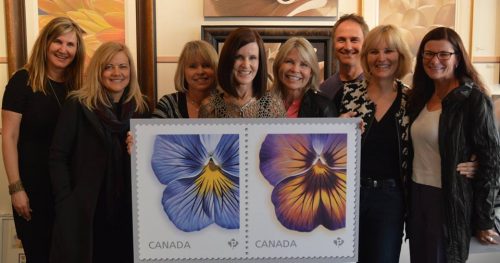 Laurie Koss and friends supporting her at the event